Salted Lard - The Gras Piasintein is one of the most classic and historic products of the Italian Salumeria. The production area of Piacenza lard includes the entire territory of the province of Piacenza. For the production the highest part of the lard is used with the rind (called spallone).

STORAGE: In the refrigerator, lightly sprinkled with salt, wrapped in plastic for food.
CONSUMPTION: To be consumed as thinly sliced, after removing the rind. It is used in the kitchen to enrich sauces, soups and roasts. Ideal on toasted bread or on crispy slices of polenta. 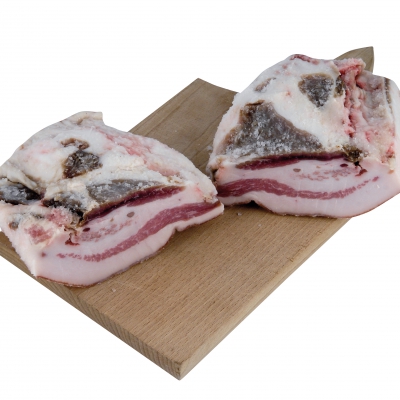 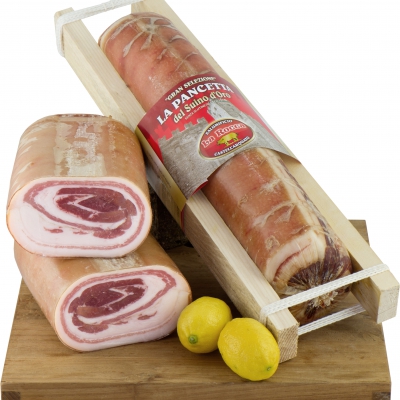